Steve Hamilton (Patrick Alparone), a conflicted and self-tortured quantum physicist faces the battle of his life when a mysterious car accident reveals a strange growth in his brain. If he, along with FBI agent Mike Parker (Eric Holter) and neurologist Dr. Trisha Rao (Sheetal Sheth), can read the clues provided, through science as well as art, music and mysticism, they may save not only Steve but all of humankind.

THE WISDOM TREE is a tale of human fears and desires constructed around a crowd pleasing drama with both sci-fi and New Age elements. This captivating and gripping mystery binds science (physics and neurology), art (painting and classical music) and mysticism suggesting that the universe is multi-dimensional, strange, harmonic and that – as some Eastern spiritual traditions have long maintained – “All is one.” 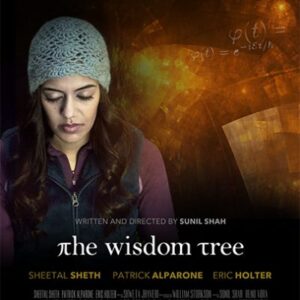