I Had Good Health Care. Then I Got Cancer and Got Kicked Off. 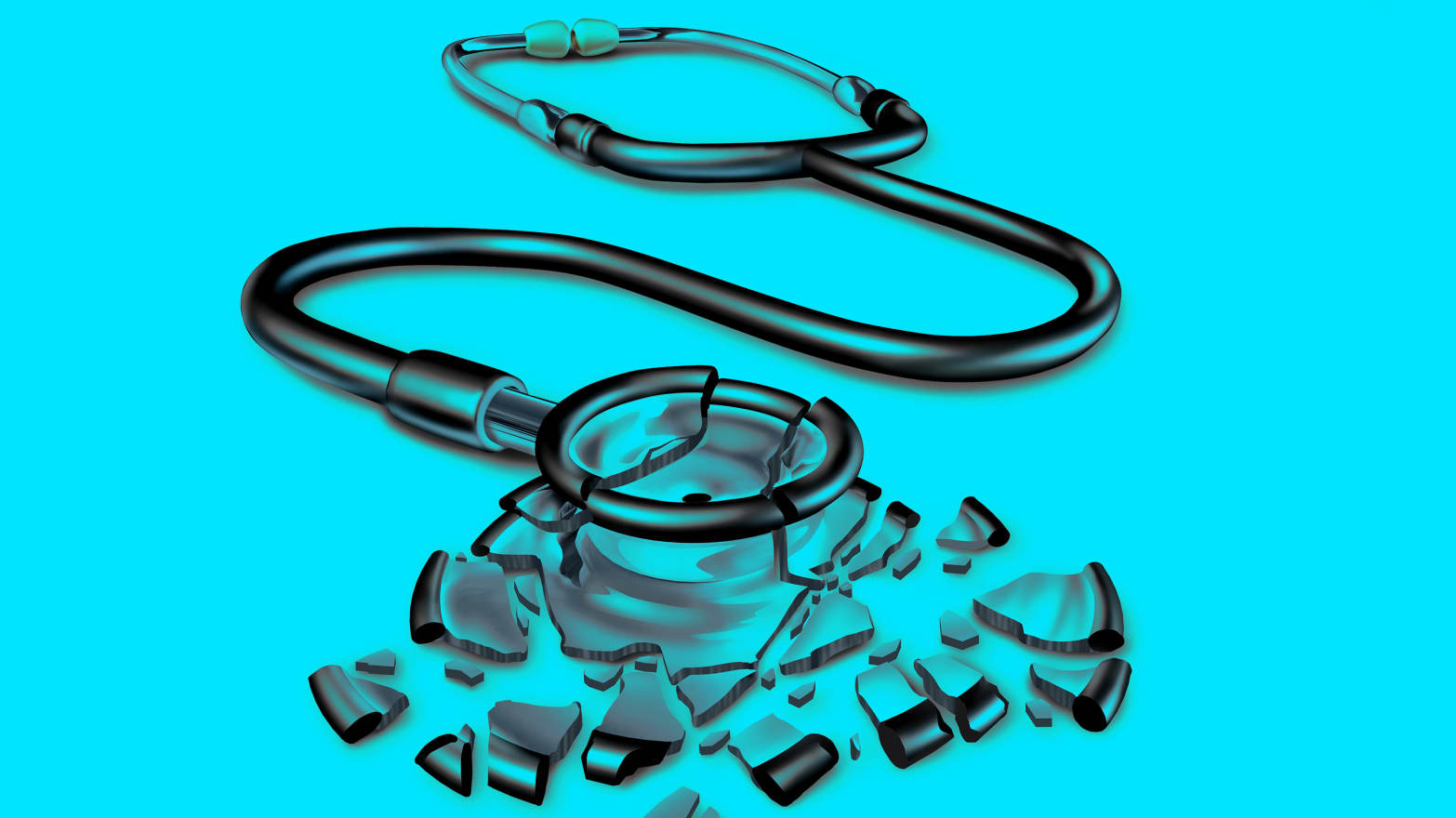 I had no reason to get cancer. Not that there is a reason why someone gets cancer, but there are certain factors that make you “higher risk.” In fact, when you sit down with your doctor after your diagnosis, they go through a list of things that they suggest you look at in your lifestyle. I was already doing all of them. I don’t have any genetic markers, I have been plant-based for over 25 years, I don’t smoke or drink soda, I only drink socially, and I exercise regularly. I even breast-fed my kids.

When my husband and I got married and had children, we all became part of his health insurance policy. My husband’s company provided better insurance than my union did and we needed stability. Anyone who has children knows how many routine wellness checkups and school-mandated requirements there are. Not to mention how many times our kids would come home with some virus they picked up at school. Insurance was a must for us. And thank goodness we had it.

“You have cancer.” As hard as it was to hear those words, what made it worse were the endless phone calls and conversations we had to have with non-medical professionals telling us that certain services my doctor had told me I needed wouldn’t be covered. We should have been focusing on care and “de-stressing” but instead, we were spending hours talking to people who would flatly say “that isn’t essential.” It was as if they had a chart in front of them and when someone called they had their stock answers ready. Whether it be medication, imaging, even a procedure, so much of our time was spent arguing about our insurance.

But we managed. We were grateful to have some coverage and lucky to have a support system who helped us through the worst of times.

But then our insurance called.

A few months ago, my husband got an email from the broker who handled the insurance for his company (he has a small start-up) saying that the insurance company they had used for years could no longer provide insurance at the rate they were giving. If they wanted to continue, the premiums would likely be tripled. They couldn’t even give a definitive number because if they did, then that would be the standard other companies would use to determine our eligibility and base rates.

His company’s ability to provide health care to all employees was now compromised and likely impossible because of just me.

We had no choice but to find new insurance where I now have a serious pre-existing condition. Insurance that my doctors would hopefully take

I thought about all the years of insurance where I paid my premiums in full and barely used the services. I didn’t get any credits or refunds. There were no “points in my bucket.” There was no accounting for all of the years that I paid 100 percent with very little in return. In fact, isn’t that the point of insurance? You buy into it in case of a rainy day.

I have friends that don’t “believe” in insurance. They’d rather pay out of pocket for whatever may come up. But paying out of pocket for a simple check-up can cost hundreds or even thousands of dollars. Most people can’t afford that. Never mind if there was a serious issue or specific exam you needed. I once had to pay out of pocket because my doctor stopped taking insurance. I couldn’t get in anywhere else on such short notice as a new patient and I had an urgent situation, so I went to see her. It took me almost a year to pay off that one bill.

There is a growing trend of doctors who are no longer taking insurance. They don’t need to and it’s not worth it to them. Metropolitan cities boast “concierge” doctors who are quite popular with the wealthy. If you have private insurance or pay out of pocket, you will be seen within the week, maybe even the same day. On the flip side, if you have Medicaid, you could die waiting to see a specialist.

I think about how many people make work decisions based on their access to health care. How many people would start that business they always wanted if they weren’t afraid of losing the health care tied to their current job? Or if they didn’t have to be responsible for giving health care to everyone who worked for them? How many people get passed over for the job they want because they have a pre-existing condition? How many people stay at jobs they are miserable at because of their insurance?

Our country loves to extol the promise of an entrepreneur. They laud innovation and say everyone has equal opportunity. “Anything is possible in America.” But our system is actually quite hollow. The system wasn’t designed to actually take care of you when you need it. The system that is supposed to protect us is not only happily complicit in profiting off of us, but is also jeopardizing our ability to care for ourselves.

We’re supposed to trust our government to do what’s best for us. To, at the very least, take care of our air, water, and earth. But they allow companies to dump chemicals and waste into our environment. They allow companies to put all kinds of additives in our food – some of which are banned (!) in other countries.

And then they wonder why so many of us are getting sick.

And they still don’t think health care is a basic right.

We live in a country where some would rather risk getting sick than going to the doctor because they’re afraid of going broke.

If you don’t think health care is a problem because you are healthy, don’t kid yourself. You’ll need it at some point and if we don’t fix it immediately, it may be too late.

People are dying. And you could be next.