I’ll Meet You There
2022 MEDIA AWARDS HONOREE | FILM
“This is a story about a family trying to reconnect. Yes, they happen to be Muslim. But it’s about secrets, it’s about intergenerational trauma (&) conflict.”
— Iram Parveen Bilal, Filmmaker —

A moving and nuanced portrait of three generations, I’ll Meet You There is a drama film following Majeed, a Pakistani Chicago policeman, his gifted teenage ballerina daughter, Dua, and his estranged father, Baba. Eager for a raise, Majeed is selected to go undercover in a mosque for a special FBI assignment. Majeed works to rectify the moral guilt he carries for spying on his community and using his father as an excuse to re-enter the mosque. When his innocent father, Baba, gets caught in the crosshairs of the FBI surveillance operation, Majeed must grapple with the fact that even as a police officer, he too gets trampled by the system. The film leans into how immigrant Muslims continue to be surveilled without any concrete evidence of criminal intent or action.

Counter to Majeed’s liking, Dua and Baba develop a stronger bond and discover each other’s differing points of view. Baba urges Dua to question her passion for dance in the name of religion and Dua shares that dancing makes her feel connected to God. This film explores how dance can be a part of one’s faith rather than against it through the South Asian classical dance called “Kathak.” Similar to how whirling dervishes in the Sufi sect of Islam practice their connection with God, the Director is making that same connection with Kathak. The conflict lies within the conversation around Kathak being seen as an indecent dance in Pakistani culture.

In a more profound sense, the Director examines how the male gaze impede’s a deeper Islamic exploration of dance.

The famous quote from 13th century Sufi mystic Rumi about the place beyond ideas of wrongdoing and right-doing inspires the title of I’ll Meet You There. The film recognizes the diversity of thought within the American Muslim community and subtly reiterates how interpretation and intention play a significant role for many first-generation American Muslims torn between creating their own identities, while not erasing their heritage and religion. I’ll Meet You There gracefully tackles unique and taboo issues American Muslims face in their daily lives today. 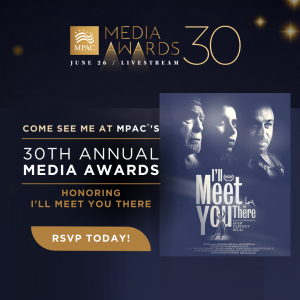