Juggernaut – No One Was Ready for ‘ABCD’

“The 1999 film reflected the complexities of the diaspora, spelling out uncomfortable truths and depicting sexuality in a way that remains far ahead of its time.”

“What is she wearing? Didn’t she know it’s an Indian wedding?” A member of the bridal party is staring down Nina Mehta (Sheetal Sheth), who is wearing a dark dress with a lacy back and dainty jewelry, and has a white American boyfriend, Sam Wilson, on her arm. The bride scoffs and with a shake of her head says, “typical ABCD since I’ve known her… [an] American born, confused desi.”

The 1999 indie film of the same name aimed to explore that “confusion,” through the story of Nina and Raj (Faran Tahir), two adult siblings who were born in India and raised in America, and are attempting to navigate between a home and a homeland that view them as foreign. By the 1990s, the term “ABCD” — a demeaning way of describing individuals in the diaspora — was becoming more common, as were stories about South Asian immigrants and their children. East is East (1999) and Chutney Popcorn(1999) came out in the same year as ABCD, which got a wider release in 2001, when American Desiand American Chai also hit theaters.

Writer-director Krutin Patel said his aim with the film was to create “a record of the Indian immigrant experience in America” for future generations. The result was an unflinching portrayal of the Indian diaspora that in many ways remains unmatched, more than two decades later.

Read the full article on thejuggernaut.com 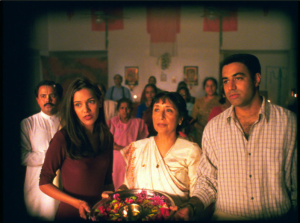